Alerio Gold is managed by a seasoned team of successful entrepreneurs, executives and investors, collectively contributing years of industry experience. Mr. Fabbro has over 30 years’ experience in both the finance and mining industries. From 1984 to 1990, Mr. Fabbro headed the retail trading department of Yorkton Securities, followed by six years with Yorkton’s Natural Resources Group. After working for 10 years as an investment advisor with Canaccord Capital, specializing in the natural resource sector, Mr. Fabbro left to become Lead Director of Roxgold Inc. which was named the top company on the TSX Venture 50 and raised in excess of $60 million in equity financing during his tenure. Mr. Smith, PGeo. is an exploration geologist with more than 30 years of experience. Previous work includes management of exploration programs that have been successful in outlining multi-million ounce gold deposits. Greg brings a broad range of experience from the evaluation of grassroots properties to the supervision of advanced projects including resource and reserve estimation, direction of geological and technical activities for active underground and open pit mining operations. Technical duties and oversight including grade control, QA/QC programs and NI43-101 compliance, as well as advanced technical and economic studies including Preliminary Assessments (Scoping Studies), Pre-feasibility, and Feasibility Studies. Management duties have included all aspects of running a public mineral exploration company including; financing, promotion, technical oversight, budgeting, investor relations, presentations to individuals and groups, and regulatory reporting and compliance. Greg was most recently President and CEO of Calibre Mining Corp., and is currently V. P. Exploration for Edgewater Exploration Ltd., and V.P. Exploration of Pinecrest Resources Ltd. Mr. Balderson,is the President of Harmony Corporate Services Ltd., a private business consulting company located in Vancouver, British Columbia. Mr. Balderson has been an officer and director of several Canadian Securities Exchange and TSX Venture Exchange listed companies over the past 15 years. Prior to that, he was also an investment advisor at Union Securities and Georgia Pacific Securities Corp. Mr. Jonathan Challis is a mining engineer with over 30 years experience in the operation, management, financing and analysis of mining projects around the world. Mr. Challis has an honours degree in Mineral Exploitation from University College, Cardiff and an MBA degree from Cranfield School of Management. He has both the South African Metalliferous Mine Captain’s and Mine Manager’s Certificates of Competency. He is a Fellow of the Institution of Materials, Minerals and Mining and a Chartered Engineer.

Mr. Challis started his professional life as a Mining Engineer with Gold Fields of South Africa Limited in 1974 before returning to Europe where he worked as a mining analyst for James Capel & Co; Banque de la Societe Financiere Europeenne (BSFE) and Barclays Bank Ltd. At BSFE and Barclays, he was involved in the analysis and structuring of debt packages for various mining and energy projects around the world. He subsequently joined McLeod Young Weir in London in 1987 as a mining analyst prior to relocating to Toronto in 1990. In 1994, he joined CM Oliver in Toronto as a Director and Senior Mining Analyst, prior to moving back to London where he was instrumental in establishing a European presence for that company. In 1997, he joined Ivanhoe Capital Corporation and was involved in numerous early-stage exploration ventures in diverse locations, and joined Shore Gold in 1999 as President and Director. Mr. Graber has over 40 years of experience in the mining industry, including 23 years with Homestake Mining Company (“Homestake”), one of the largest gold mining companies in the United States until it was acquired by Barrick Gold Corporation in 2002.  As Homestake’s Vice President responsible for corporate development, Lee initiated, managed, and closed numerous joint venture agreements, major acquisitions, and divestment transactions.  Subsequent to Homestake, Mr. Graber served as Managing Director, Mergers and Acquisitions, for Endeavour Financial Ltd.  Mr. Graber has served as an independent mining consultant engaged by a private equity firm, and with two Australian partners, co-founded Pacific Road Capital, a mining industry private equity fund manager.  Mr. Graber has served as an independent director on numerous junior resource company boards and has chaired several special committees.  Mr Graber currently serves on the Board of Directors of Renaissance Gold Inc. (TVX) and First Bauxite LLC (private). Mr. Strong is an exploration professional with >12 years experience in the design, implementation and management of gold and base metal exploration projects on 5 continents. Tim holds a BSc (Hons) in Applied Geology from the Camborne School of Mines (UK) and is a current MBA candidate at the University of Dundee. Tim is also the Project Development Manager for Global Energy Metals Corporation, a battery metals focused TSX-listed explorer with projects in Australia, Canada and the USA.  Tim is also the Section Editor of Coring Magazine’s Mining & Exploration Geology section. A wealth of exploration and resource geology experience positions Tim to partake in all levels of the exploration value chain, from project generation through to resource definition. Tim is typically involved in technical due diligence for capital markets, project generation and technical review and audits of projects. Tim is a QP for NI43-101 & JORC reports. Mr. Varshney is a partner at Varshney Capital Corp., a venture capital, merchant banking, and corporate advisory services firm with a specialization in Public Venture Capital. He has decades of experience in starting, growing and listing companies. Mr. Varshney is past president and a long-time member of the Entrepreneurs Organization (EO), past recipient of Vancouver’s 40 under 40 Awards and 2021 inaugural Business in Vancouver Top 500 Most Influential Business Leaders in B.C. (Banking & Finance – Private Equity, Venture Capital & Hedge Funds category). He sits on the board of several charitable organizations. 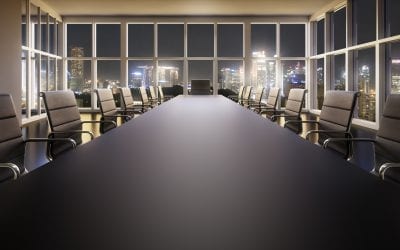